So you may be wondering what prompted me to take a business sabbatical in the first place. Let me take you back to September 2016.

I was in Australia speaking at Problogger and staying in this amazing suite Darren Rowse and the team organized for me as a paid speaker. The view was incredible and the hotel complex was too.

I was there to do a Tony Robbins style pump up session in between keynotes and also to run a session track on how to have a lucrative sales funnel that converts.

Josh was with me and that made it extra special as it was his first real look into my world and the circles I connected with as well as some of my community who were there. I even managed to get in some videos for a Ten Day Freedom Plan Blog challenge with my fave videographer Mick Russell.

After that we had some quality time in Byron Bay and a surf session before heading to San Diego, US where Josh was speaking at a conference in an entirely different area to what I operate in, and then I was speaking at FinCon.

Both our events were back to back and we were fortunate to stay in lovely hotels once again with sunshine and swimming pools. The trouble was I was in launch mode for my signature program, The Freedom Plan.

Even though I’ve launched this four times before, and even though I was super systemized this was my first time taking my team through a launch and training them up at the same time.  I was working in between time and not doing the normal networking and socializing at conferences that I like to do.

In fact I really didn’t feel like it. I was kind of tapped out and feeling a bit jaded and while I was enjoying the relatively new romance with Josh I wasn’t enjoying what I almost always have done, the art of launching and running my business.

It all felt heavy. And as much as my team tried to keep up and do their best, I just felt like I was pulling their weight and mine. As a result I was exhausted.

I’ve come to realize over the years that for whatever reason, I am incredibly focused and can work at speed on almost any task I set my mind to. Until I worked with around 6 people on my team during a launch I realized this was not normal, and that you have to respect and understand other people’s’ working methods.

It’s just that during a launch it’s really hard to do this – you NEED to work at pace and everything needs to be timed super well and you do actually need to do things on the fly and change tactics at any point to reflect the nature of how your launch is going, and how people are responding.

While this is great and exciting for a Wealth Dynamics Entrepreneurial ‘Star’ Profile like myself, it’s a nightmare for a Lord or Mechanic who have a much more grounded energy and need detailed plans and order to work best.

So to them it looked like we were out of control but to me it seems very very much in tuned with exactly how everything should be going along.

And slowly but surely deadlines got missed, communications broke down, things didn’t go out on time and it ended up being the worst launch that I’ve ever done.

I still made close to $40,000 in the space of a couple of weeks but I spent a lot more on my team. I spent a lot on advertising. And at the end of the day, it just really felt heavy.

And it wasn’t a successful launch and I felt like my list and my community just felt tapped out including myself.

I remember getting off a live webinar where a thousand people turned up and the energy was fantastic but the results from it were not great.

And I sat back at the end of that webinar and I was like,

I just don’t understand why this isn’t going well and I’ve had enough.

I’ve run this launch before and it’s an amazing program and I made multiple six figures!

I know it works and I know it gets people results and I just don’t understand what happened. This was a flop.

The ironic thing was I was running a Freedom Lab at the same time and this is where I actually show you real-time, something that I am doing.

So I’ve done one on “Write the Damn Book – how to write a book in three months” but the first one was called “How to Launch like a Rockstar”.

And so people following along my launch live, every tactic we were doing around Facebook advertising, emailing and sales copy and I was sharing it live through videos, through blog posts.

Here I was at the end going AND it was a big flop!

It might not look like it to you, but transparently doing something live and sharing the real results when they don’t come off how they should is embarrassing and at the same time very real.

If anything it taught me, our team and everybody else out there a lesson that shit doesn’t always go right.

So that’s when I decided, I am going to fire myself and it was such a great decision to make, but that was in late September, early October and I didn’t end up taking my business sabbatical until the first of April. 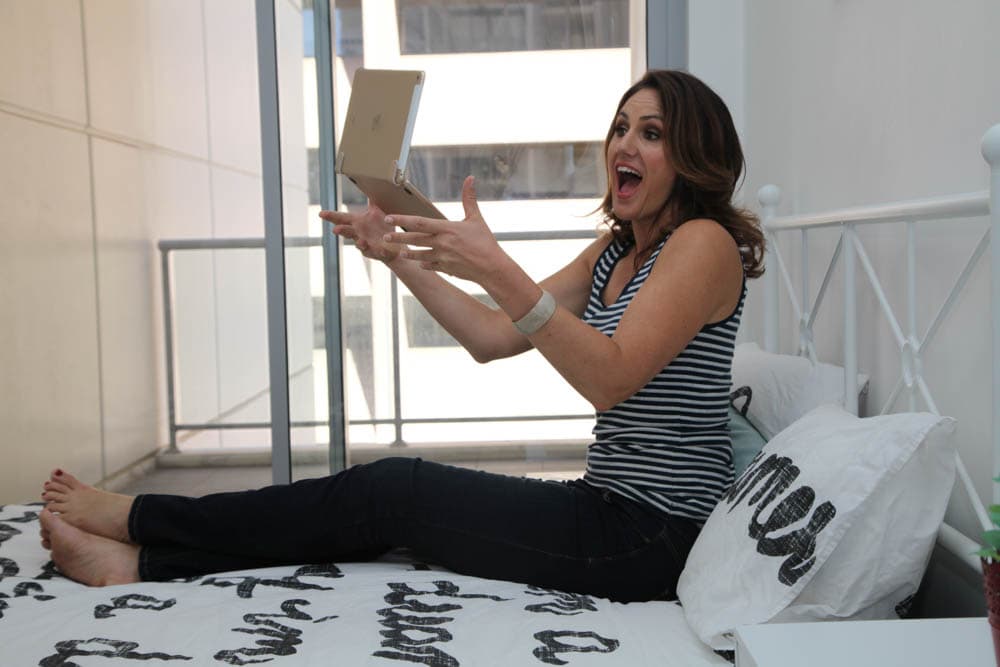 And why was that?

A couple of reasons:

So November and December were massive months. And even though I thought all those changes are beneficial, they actually affected my business for the next two or three months in a bad way.

Just because when you change systems and change lots of things –  like we took a ton of pages away from my website, we leaned it right out from over a hundred pages and 950 blog posts right down to just several pages!

We took a lot of our landing pages and sales funnels over to Clickfunnels and the traffic dropped because we were just cleaning everything up.

So what prompted me to think that firing myself was a great idea?

I’ve been on a few digital sabbaticals before when you go completely offline and of course when I was cycling down Africa in 2012, I was pretty much away from my business for a good two months.

I remember clearly from that that I forgot about my business, I didn’t worry about anything because I was so busy cycling up to a 150 km a day.

I felt freer than ever while I was cycling down Africa, simply just waking up in the morning, crawling out of my tent, putting out my bike, having breakfast and just hitting the road.

At the same time, my business was doing just fine. I was in my early stages, my virtual assistant, that I’d hired just before I left, was doing a great job.

And it made me appreciate that it had been a long time since I’d really left my business behind and handed it over to people I trusted or just trusted in the systems that I’d built.

“Well, why not put mine to the test by removing myself as the bottleneck of my business?”

Around this time I actually chatted to Jason Van Orden, a good friend who used to have Internet Business Mastery with Jeremy Frandsen and he had also gone on a business sabbatical.

In fact, they handed over to a CEO to run it, so I had a quick chat to him because I was interested to learn from him: what went well, what didn’t and why he took that step.

Here is the conversation we had about it:

“Eventually I had to stop and ask myself why there was that waning in motivation. I’m sure partly I was maybe scared a little bit to look at that but what does it mean?

What if I ended up figuring out I’ve got the wrong business or that I am done with this business.

One thing that finally helped is when I went on a personal retreat. By then we were living on Paris so I went to Prague for 4 or 5 days.

I did a little soul searching, journaling, thinking and I remember coming back from that and just saying to my wife, “I think I need a sabbatical from this business”.“

So I asked Jason, how long did that take you to remove yourself from your business and here is his response.

“Truthfully it was really fast for me but I am not saying it was the right thing to do. In hindsight, there’s a lot of realizations here but basically I was so ready to be removed and that might have been maybe a little too fast.

We probably needed a few more processes in place, expectations and measurements.“

So as you can see it was really quick for Jason once he made that decision.

I have to say for me, I made that decision pretty instantly, the minute that launch finished, that I was going to take a time off.

Then I spent the time just gearing up my team to be able to survive without me and to show them it was fully possible that without me in the business, it potentially would go even better!

Because as the CEO of your business often, you do end up still doing things, making the shots, calling the shots, having the key relationships and all those things.

Usually that’s a great thing but sometimes you can just hold on a little too tight.

You just need to release and beauty comes into the picture. Things that you’d never even considered before.

And I am going to talk about those in Episode 3 for Season 2, so make sure you tune into the next episode by subscribing in iTunes and Stitcher.

I would love for you to share in the comments section below:

Tell me where you are at. I want to know. I am doing this for you so I really want your insights.

Stay tuned for the next episode of Season 2 where Jason Van Orden will tell us about what actually happened when he basically took a break from his business. We’ll also have some other key guests on here that I think you are going to love with their discoveries on this topic.

Want to sell your own online courses (and have a great launch)? 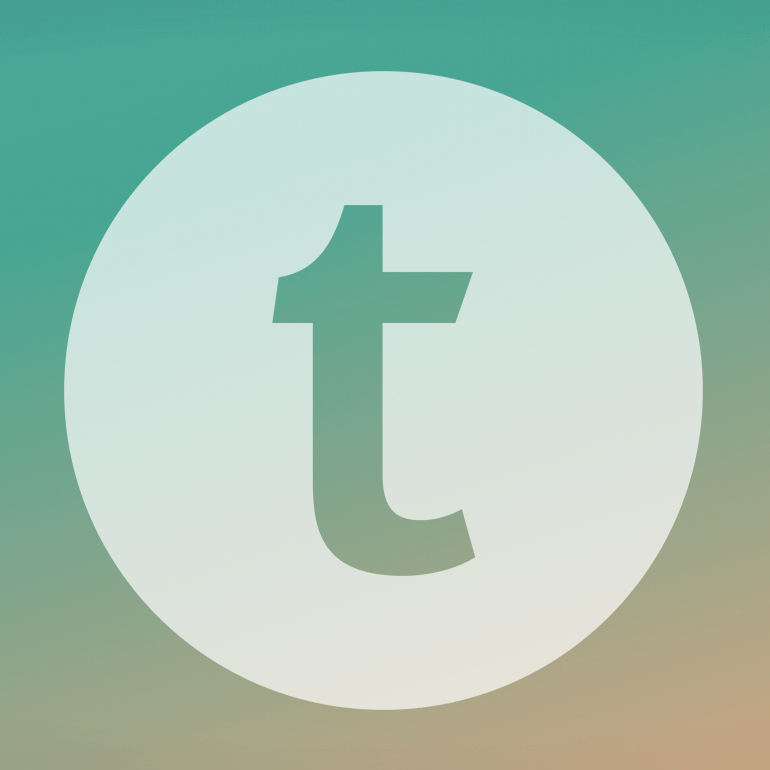 Selling online courses is one of my favourite things to do, but as I pointed out in this episode, it can be a real headache.

With Teachable, you don’t have to worry about the tech.

Teachable is the easiest way to create, sell and deliver online courses.

And while it is so easy to use, it’s also packed with a lot of powerful features.

With Teachable, you’re able to…

Teachable is the #1 course creation software, with over 12,000 instructors using their software to create, deliver and sell online courses.

All types of business owners and online entrepreneurs use Teachable. Sure, that includes people like Pat Flynn or The New York Times. But most of their instructors are just regular people like you and me and who are looking grow their businesses with courses.

Teachable is offering a 30 day free trial to my listeners. To claim it, just go to teachable.com/suitcase.

Get the latest blog post and episode delivered straight to your inbox.

Eps 140: In Business, Change is Vital